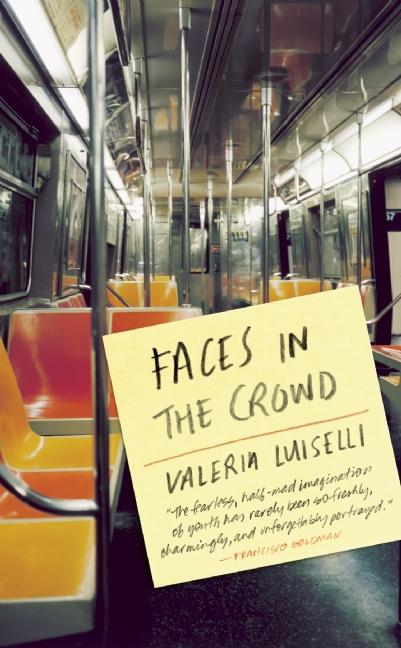 Valeria Luiselli’s first novel published in 2012 (Spanish tittle Los Ingravidos) takes its English title from the poem In a Station of the Metro by Ezra Pound. The poem is featured in the book and becomes part of the story as the different narrators in the book start to recognise faces in New York’s metro.

Three stories in three different times are delivered in fragmented paragraphs. Each paragraph jumps from one story to the other in a very skilful way.

Story 1: The narrator -a woman who lives in Mexico City with her husband and two children – is writing a book about the time when she lived in New York, before being a wife or a mum.

Story 2: The book the woman is writing becomes part of the narrative and it is about her time in New York working as a literary translator and researcher for a small publishing house, the people she knew and how she became obsessed with the Mexican poet Gilberto Owen who lived in New York between 1928 and 1930.

Story 3: Then we start reading paragraphs were the narrator is the poet Gilberto Owen himself and his time in New York. How he was friend of Federico Garcia Lorca (who lived in New York at that time too).

The three stories are interwoven in such a way that even though each paragraph changes in time, location and narrator you never feel at lost while reading it.

(When I started reading it I couldn’t stop so finished it in one sitting)!

One thought on “Book review: Faces in the crowd by Valeria Luiselli”